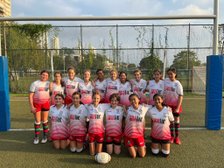 We were supposed to play HKFC 2 but they are the weakest team of the division and HKFC decided to let their 1st team play in order to avoid a match no one would benefit from playing.

Not much to say other than the team played a disciplined match and it was a good call that HKFC played their 1st team.